Your Wasserlasser Team
NHL History
Die Geschichte von NHL auf dem PC - Heute NHL 2001
Lace up the skates and play with or against all 30 NHL teams including the new expansion Columbus Blue Jackets and Minnesota Wild. NHL 2001 invites the world to play with the addition of 20 international teams including Ukraine and Latvia. Feel the full hockey flavor by building a custom team with the jersey editor, logo importer, and customizable city and team names. EA SPORTS puts you in the game with the "Face in the Game" feature -- witness fans throw their hats on the ice in your honor after a hat trick. With a variety of game modes including Quick Game, Season Play, Career Mode, Playoffs and Tournaments, all the goals are just a slap shot away.

Wasserlasser
Jan 15th 2018
0
NHL History
Die Geschichte von NHL auf dem PC - Heute NHL 2000
The millennium installment in the NHL series brought as usual updated rosters, featuring for the first time the Atlanta Thrashers, plus enhanced graphics and sound.
The two main features of the game are the new Dynasty mode, allowing a player to lead a team to success for 10 straight seasons, while keeping an eye on the new talent on the yearly drafts and trading with other teams, and the face import feature, which gives the chance to assign each custom player their own face based on a photo. To do so, a photo must be placed in a folder, imported and then hotspots (head shape, eyes, nose and mouth) must be set, to define how the texture will be mapped into the face model.
Gameplay became a lot faster and tougher, and two new moves were included: "Big Hit", to flatten the oppositions' golden boy, and "Special Movement", to go around those tough defenders with ease. Other new features include individual player and goalie boost (to give an handicap for a team), jersey selection, including…

Wasserlasser
Jan 1st 2018
0
NHL History
Die Geschichte von NHL auf dem PC - Heute NHL 1999
After the award-winning NHL 98, EA worked to improve what was considered to be one of the most complete ice hockey games in the market. Along the usual and almost obligatory NHL roster updates, the International mode first featured in the previous version was expanded, allowing players to choose IIHF rules and rink size.

Graphically, the arena is more detailed with more rinkside features, and ice reflections, player faces were improved and stand more seamlessly into the model, enhanced motion capture result in better animated hits (with the ability to break the glass with a well-placed body check making a return), shots and saves, and finally an higher polygon count complete the graphic enhancements to the game.

As graphic changes aren't enough to make a game better, gameplay was also tweaked, with computer players being smarter, both in offense and defense. Shooting was tweaked (slap shots are easier to pull, players no longer skate in circles to do some backhand shots and must be… 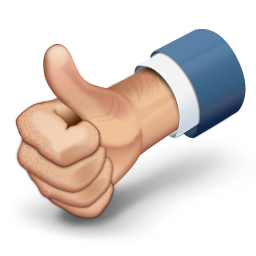 6
6
NHL History
Die Geschichte von NHL auf dem PC - Heute NHL 1998
NHL 98 features much faster and refined gameplay (now using four action keys instead of two, removing the need to double-tap to perform some actions), along other new features such as "in-the-fly" tactics developed by Marc Crawford, then manager of the Colorado Avalanche and new commentary lines from Jim Hughson and Darryl Reaugh and a re-worked interface. Graphics are improved from the previous version with the players being less angular, and thanks to 3Dfx support, with less pixels showing in the textures. The in-game presentation follows a TV-style script, zooming in players while displaying stats during clock stoppages.

As far as game modes go, in the year of the first Olympic Tournament with professional players, NHL 98 introduced the first real international competition, with 18 International teams to choose from. Other game modes include Season (option to pick between 25 or 82 games) and Playoff (best of 1, 3, 5 or 7 matches) and a Penalty Shootout mode.

Wasserlasser
Nov 19th 2017
0
NHL History
Die Geschichte von NHL auf dem PC - Heute NHL 1997
1997 edition of EA's NHL sport simulation series. Improvements in this edition come mostly in the graphical arena, with a refined version of the "virtual stadium" system that adds new camera angles (including the classical top-down one strangely missing from NHL 96), and polygonal players instead of the bitmap-based ones with motion-captured animations.


Other extras include multiplayer support for up to 8 players through network or Gravis's GrIP system, the option to create new players and trade them around, and the usual amount of EA sports licensed multimedia flair, including an interesting "Goalie Mask Viewer" which lets you observe the elaboratedly decorated helmets of 30 goalies.
1.png2.png3.png

Wasserlasser
Nov 19th 2017
0
NHL History
Die Geschichte von NHL auf dem PC - Heute NHL 1996
NHL 96 was the first EA Sports game to feature Virtual Stadium technology, which resulted in a 3D feel and multiple camera angles. The NHL license ensures that real teams and players of the era are included, with a full league and playoff system. Many game options can be toggled - the infamous fighting is optional, as are the penalties and offsides. The control system makes it possible to execute one-touch passes, and several special trick moves to quickly advance the ball. As a bonus feature, it included Hockey Card profiles of every player on CD and interviews with the stars of the game.

Wasserlasser
Nov 19th 2017
0
NHL History
Die Geschichte von NHL auf dem PC - Heute NHL 1995
NHL 95 was EA Sports' third licensed ice hockey game, promising the fastest action in the series to date. The action is viewed top-down, and can be played with or without realistic penalties. There is a full season mode, allowing you to guide a team through all 84 matches, with the option of injuries potentially putting players out of a sequence of matches. You have full control over trading and creating players for your squad. New in-game moves include dummy shots and lie-down blocks.